Smile for Christmas Winner: A story of Hope and Faith 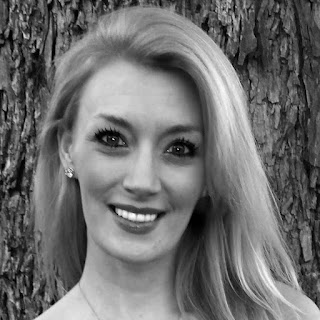 Meet Our Smile for Christmas Winner: A Story of Hope and Faith

Everyone goes through seasons of life when heartache seems closer than hope and tears come easier than smiles. For Caroline Lusk, that season has been long and exhausting.
Like so many others, she witnessed her parent’s divorce. Many years later, she lost her father in a motorcycle accident at the hand of an impaired driver. The years in between and after held additional struggles. To cope with her circumstances, she developed an unhealthy relationship with food that sent her to multiple treatment centers and threatened her well-being—physically and psychologically.

Over time, she achieved stability, enabling her to move forward with life. She met and married a wonderful Christian man, had two healthy children and began to embrace the reality of grace that allows one to emerge from darkness into a new day.

As a writer and non-profit professional, she was and continues to be engaged in either ministry or philanthropic work. It’s the kind of work she did and still does believe in, but in industries that are volatile at best, it’s never been a sure thing.

Beyond that, her health history had left its mark. Nearly 20 years of acid reflux had worn away the enamel on her teeth, compromising their stability and health.

When she happened upon the Smile for Christmas give-away from Solace Oral Surgery, it was as though once again the heavens opened and mercy rained down. Finally, she would be able to regain oral health, whereby improving her physical well-being. More than that, this opportunity meant that the smile that had been emerging inside, out of the wake of great loss, could now be reflected on the outside.

Today, she is celebrating a new season. One in which hope redeems heartache and smiles wipe away the tears.
Posted by EvaCo Blog: Live Inspired. Live in your American Dream at 11:09 AM